No Pressure – no Diamonds

A coach should be coaching for the love of the sport and to give the athletes the best they can get in coaching and guidance. Coa-ching is about the athlete, not the coach. This opinion could be misconstrued to mean that a coach should always be a nice guy and create a pleasant environment for the athletes. That is not what I am saying. Though, love and pressure are needed for an athlete in order to reach his or her potential. The conscious competence theory of learning advances four stages of learning.They are: unconscious incompetence, conscious incompetence, conscious competence and finally unconscious competence. Stage 1 is being unaware of a skill and not understanding that the particular skill is necessary for success. When the athlete wants to learn the skill, they are conscious- ly incompetent.They know that they have something to learn, and to work on the skill. As they learn the skill they become consciously competent, or they have to concentrate and think about the skill as they do it. Once they can perform the skill automatically, or without “thinking” about it, they are unconsciously competent.

When the athletes are motivated to learn, they should have a “safe” environment free of distractions and pressure in order to learn the skill. Competition at this stage is usually not good. Some like to compete even when learning a new skill, but not all. It takes time to learn a skill; an athlete who is slower to learn is not necessarily a poor athlete. It may be the coach!

You can’t coach all athletes the same.This is a major step in le- arning to coach. How do your athletes learn? What works best for each athlete? Do you listen to your athletes? Once you have figured this out, and the athlete has learned the skill, they have to perfect the skill. Once the skill is automatic, they have to be able to perform it at speed. Can they then perform it at speed when they are tired? Tired and under pressure? Tired, under pressure in competition? Yes, things get complicated. Just don’t let them get complicated too quickly.

But once they master a skill, they must experience pressure if they are to succeed. Performing under pressure is not just good for success, performing under pressure is vital to success. An athlete who wants to be better, needs to understand his/her limits and then work on stretching these limits.This is not fun, and it is not easy. It can hur t. But it is par t of getting better. And some athletes will not go outside of their comfort zone if they are not pushed. It’s a little like mama bird teaching baby bird to fly. Force them out of the nest. Apply pressure.The trick is figu- ring out when to apply pressure and how much.This is not easy.

If you are very lucky as a coach, you have a very competent group of athletes and it happens on its own. When I worked as a conditioning coach with the Austrian men’s downhill trai- ning group (alpine ski racing) 5 of the athletes in the group were in the top 12 in the world in downhill. I worked with this group for 3 seasons, and of the 10 athletes I worked with, 2 were Olympic champions (not during my tenure), 3 were world champions and 8 were on a World Cup podium at least once. I am not trying to make myself look good, I just want to illustrate the caliber of this group of athletes.This made my job easy. I did not have to create pressure for these athletes; they had lived with it since they were young, trying to make provin- cial and national teams.

I have worked with other teams in other sports, sometimes other countries and for many athletes making the national team was enough. They felt like stars. Some did not have a brilliant international career, but they were on the national team.They didn’t make the next step to international success. I have tried to come up with ways to create pressure on these athletes at times. Sometimes it worked, sometimes it didn’t.

Ken Shields, Canadian basketball coach (5 years national team coach), won 7 consecutive Canadian university titles at the Uni- versity of Victoria. People who worked with Ken told me that he made practices so tough that players saw games as holidays. He drove his players hard.

Michael Jordan was said to be very hard on his teammates. He was very competitive. He won 6 NBA titles.

This is an area where the art of coaching comes in, where a coach has to feel how much pressure is needed, and how much is too much. Not an easy task. 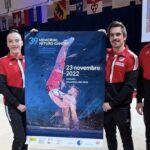 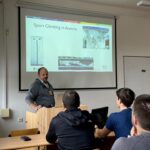 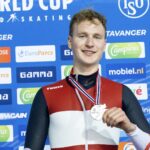 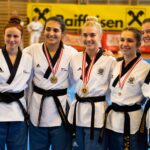 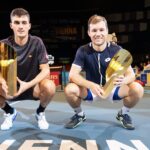